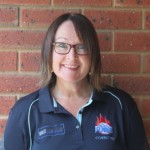 Gill has a strong pedigree for anything involving Netball, currently holding the Netball Victoria – Regional Liason Officer position. In the past, Gill played her Netball with the Huntly Football Netball Club in the Heathcote and District Netball League, while also playing in the Golden City Netball Association. Gill also currently a B-Badged umpire, and is a Phys Ed teacher at the Epsom Primary School.

Alicia played many years of Netball when younger before injuries took hold. Alicia also coached her sister’s junior netball team.Alicia now has two daughters and through the Bendigo Northern Flames, she wants to develop a safe supportive club for them to join in the future. 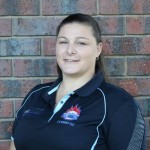 Marijke is the current secretary of the Bendigo Northern Flames Junior Netball Club. Marijke has been involved with Netball for many years now, playing in both junior and senior competitions in Seymour with St. Mary’s. Marijke continues to play today however, it is more for casual fun.

Marijke was the Epsom Primary School Netball Coach for five years, before having 2014 off for other commitments. She is very passionate about Netball and has three children, who have all played for Epsom and Victory Christian College. All three of her children enjoy the game of Netball.

Christine has played Netball in the North Central League for Donald & St. Arnaud for many years. Christine’s daughter has been following in her Mum’s footsteps, having played Netball for the Epsom Primary School since she was old enough.

Christine has served on many committees over the years, and having held various positions including President, Treasurer and general committee member.

Sherrie also took time to coach the Junior sides for the Swan Hill Netball Association. After moving to Bendigo, Sherrie chose the Huntly FNC to continue her career. Playing in the A-Grade and A-Reserve sides along with coaching the B-Grade team and continues to play today just with more of a social level though.

Sherrie has been coaching Junior Level Netball for the past two years with the Epsom Primary School. 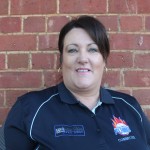 Janelle has a very impressive Netball resume, both in playing and coaching. Janelle’s accomplishments are: 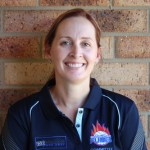 Josie has played Junior and Senior Netball for Numurkah and has contributed to various committees over the years. Josie currently has three young netballers who were all looking for a Netball club in her area. One of the main reasons for choosing the Flames club, was the supportive environment for junior Netballers. 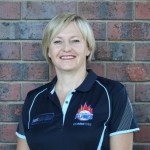 Zenda has a mighty impressive Netball resume, her involvment with Netball started as a young girl, watching her Mum play for Nullawil. After playing all her junior and senior Netball for Nullawil, Zenda moved to Bendigo for work and continued playing for the White Hills FNC, where she played over 300 club games.

Zenda is currently a Development Level accredited coach and a B-Badged umpire. A summary of her achievements are: 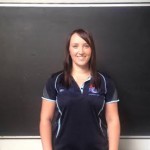 Kaitlyn has played netball for many years, most recently for the Calivil FNC in the Loddon Valley League. Kaitlyn has a great experience with being involved with netball committees, coaching and coordinating fundraising events.

Kaitlyn is currently a teacher at White Hills Primary School and has previously held the Netball Coordinator postion at the school. 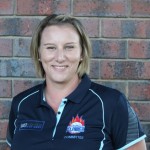 Kristen played Netball for the Mitiamo Football Netball Club for over 20 years, starting at the age of seven. During her time with Mitiamo, Kristen won the Loddon Valley Football Netball League Under 17 Netball Best & Fairest award. Kristen was also a multiple premiership player with the Mitiamo A-Grade team.

Since retiring from Netball, Kristen has coached the Under 11 Epsom Primary School team. Kristen has three children, 2 girls and a boy. Her eldest daughter will play for the Bendigo Northern Flames in 2015, while her youngest daughter will be playing as soon as she is old enough. 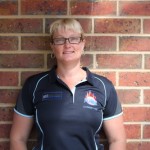 Charmaine played her Junior Netball in Melbourne through school. After moving to Bendigo Charmaine joined the HDFNL, playing with Heathcote and Mount Pleasant through to the age of 19. Charmaine has since competed in indoor and outdoor competitions, coached the Holy Rosary Primary School Grade 5 team. Charmaine’s daughter is also a very keen netballer, after training with Mum.